From the Land Beyond Beyond (2020),
Reed Whipple Building

The monumental mural was inspired by the great mid-century iconic signs of Las Vegas and the 1958 movie, The Seventh Voyage of Sinbad. In the movie, Sokurah the Magician says, “From the land beyond beyond… from the world past hope and fear… I bid you Genie, now appear.”

The mural was commissioned by the Cultural Corridor Coalition as part of the beautification of Downtown Las Vegas through public art projects and generous sponsorship by Frankie’s Tiki Room, The Bunkers Group, Dunn-Edwards Paints and private donors. 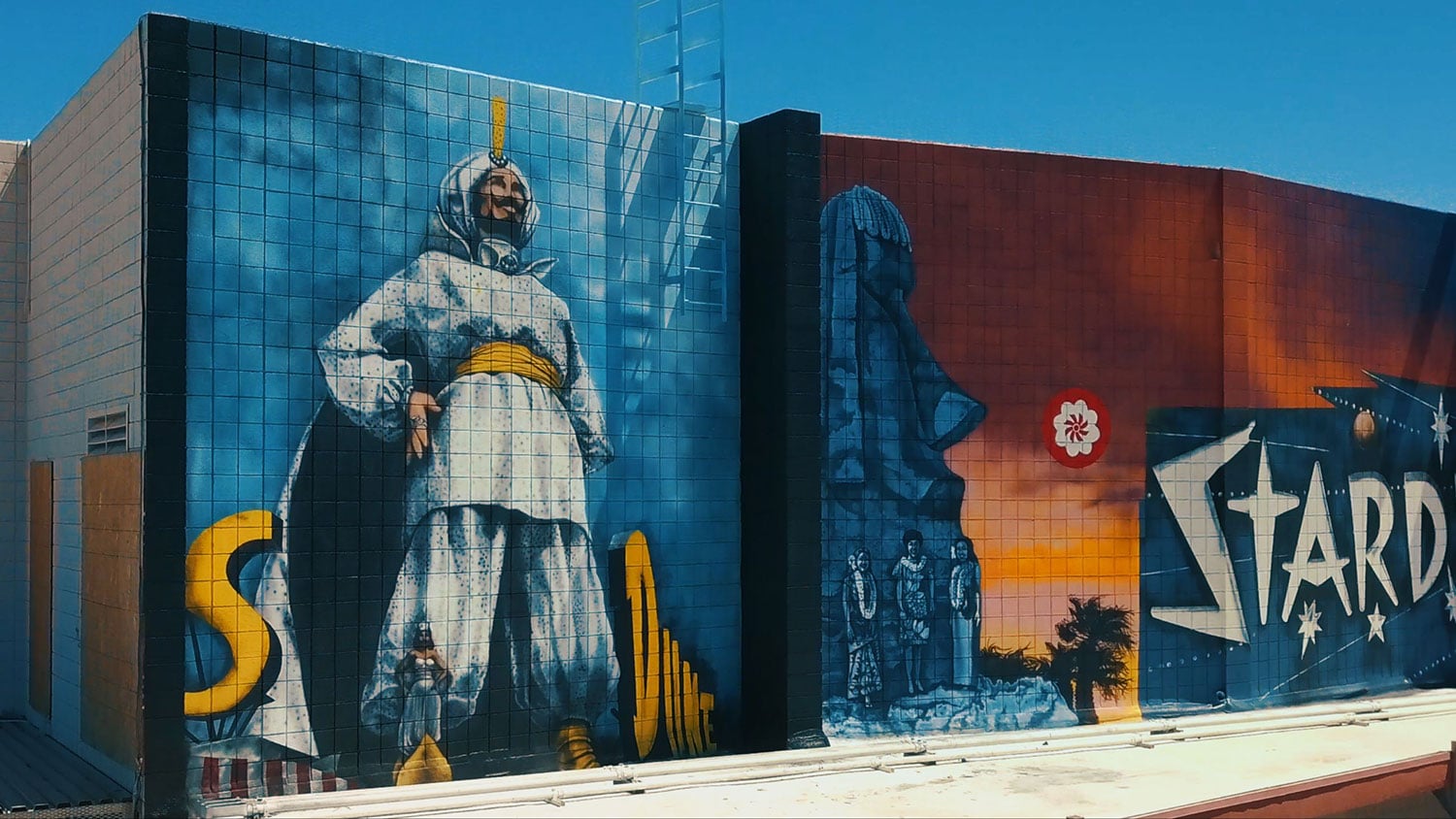 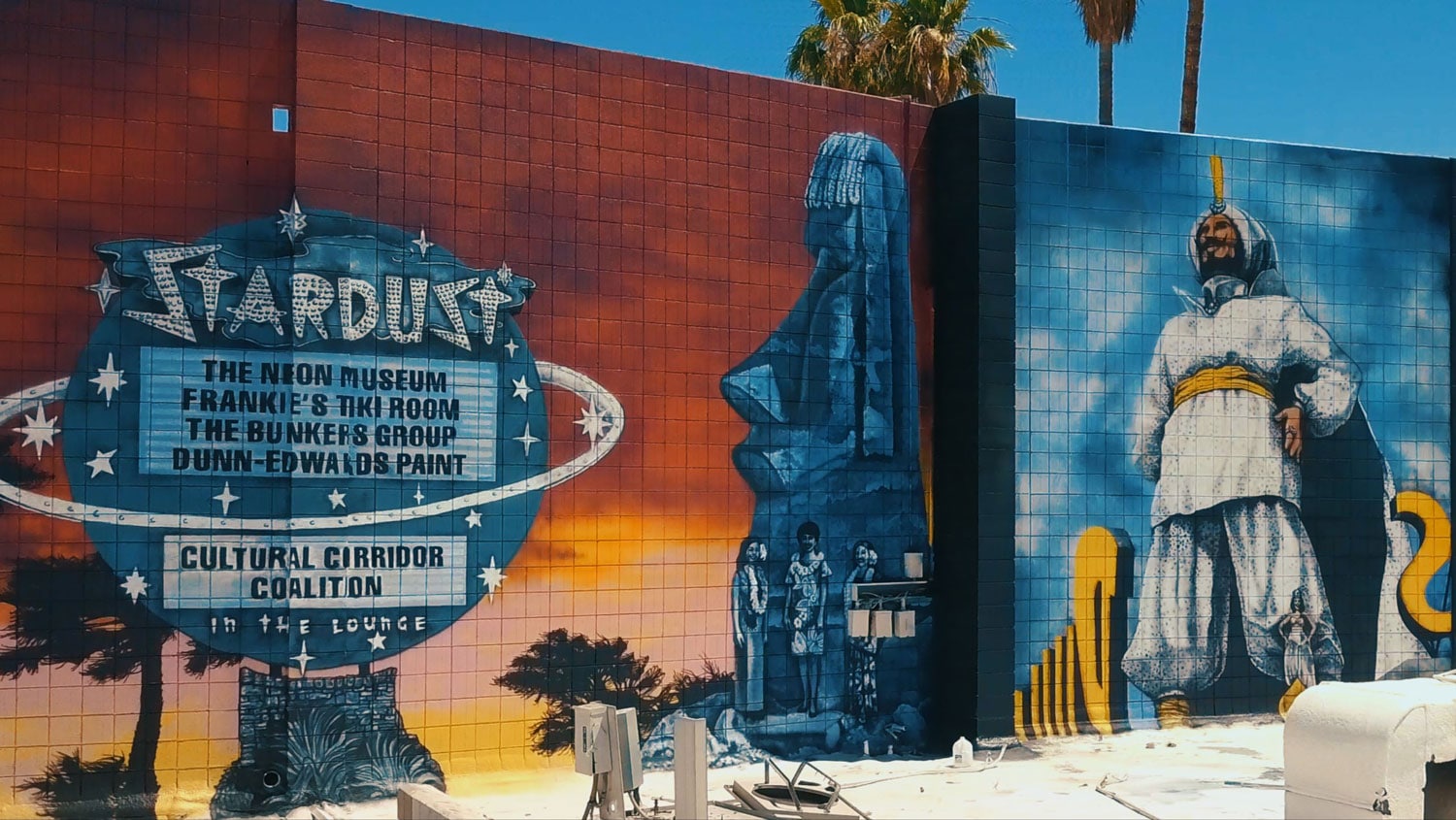 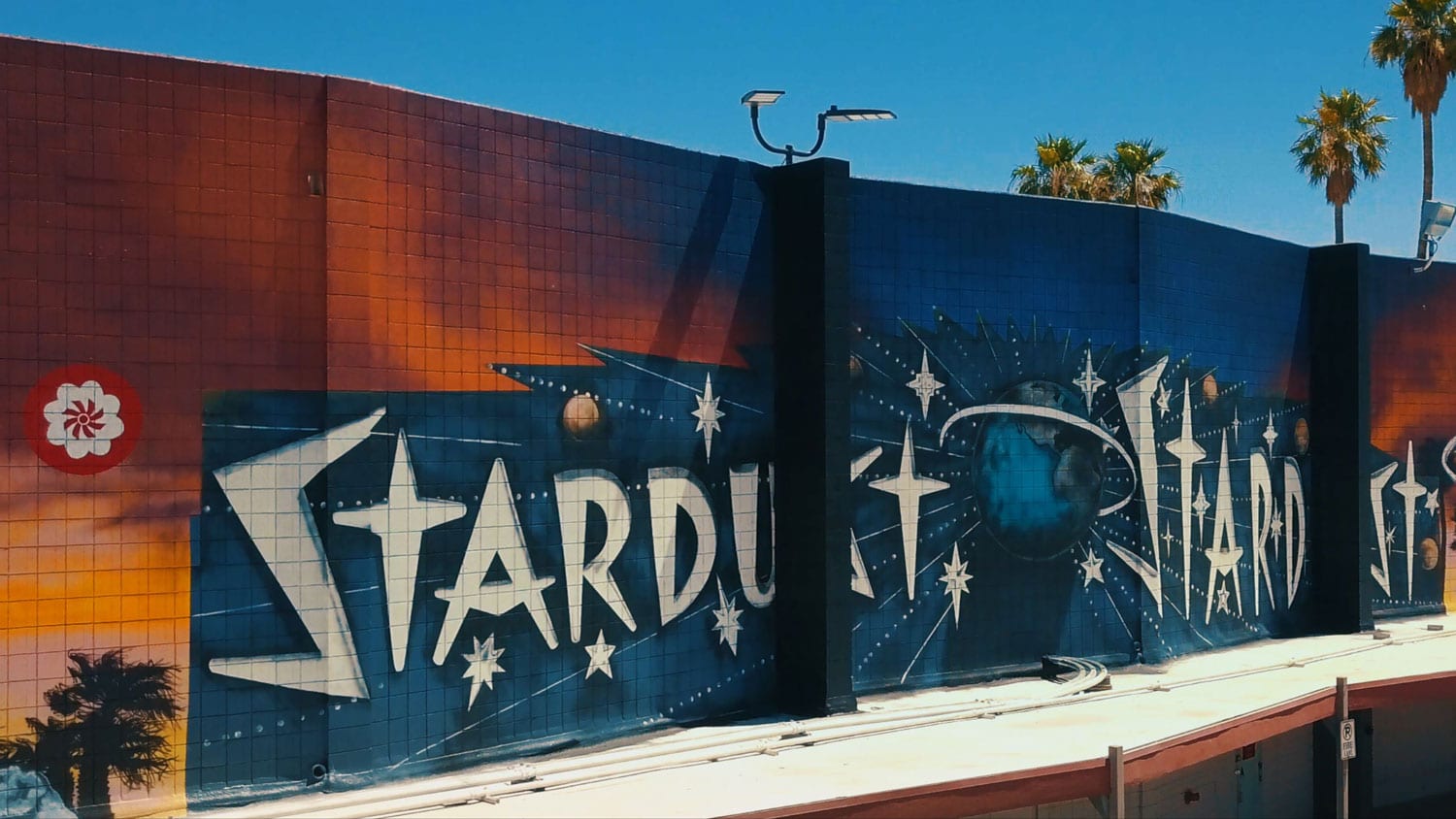 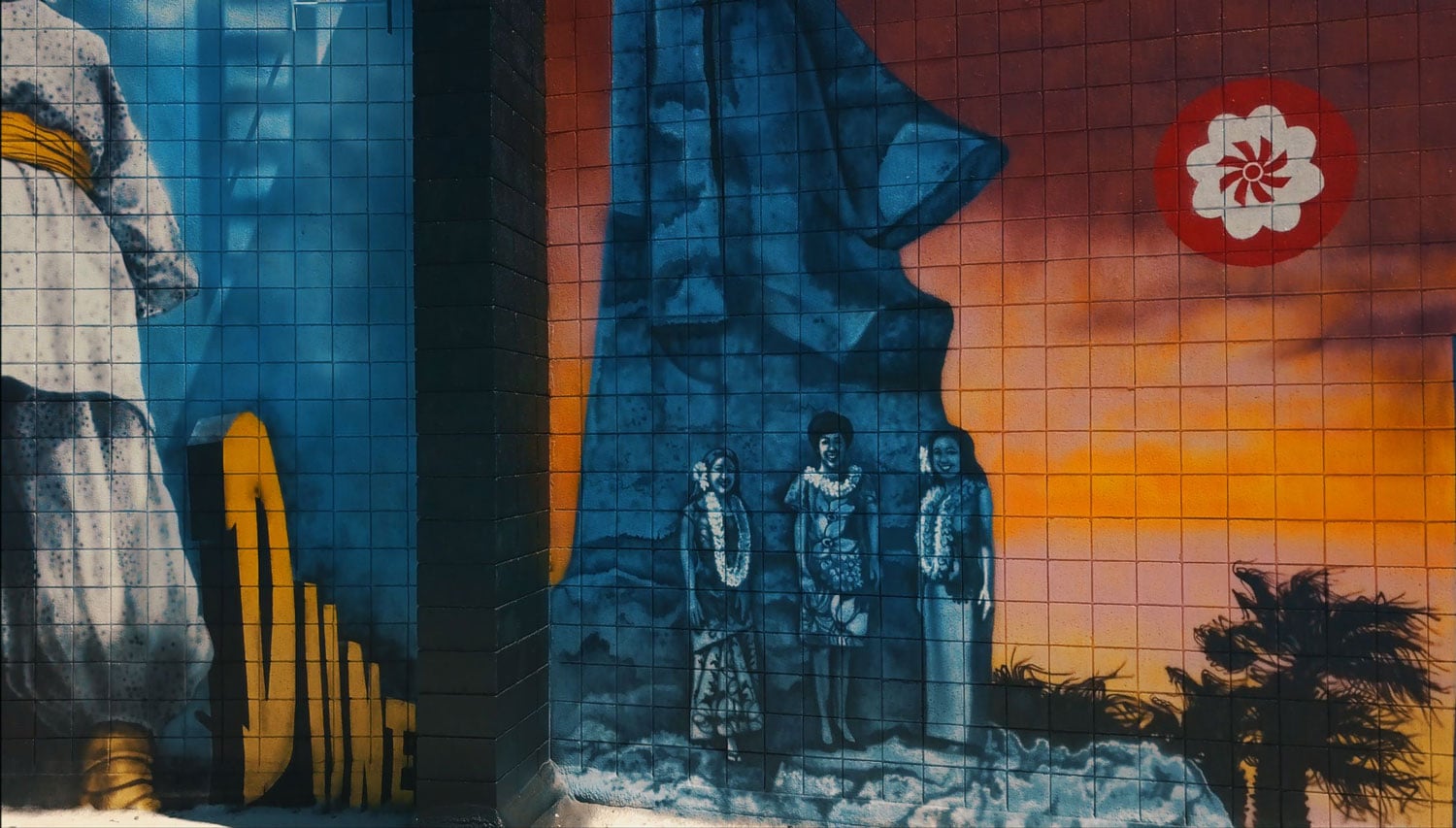 This art installation, A Phalanx of Angels Ascending, was inspired by the Blue Angel Motel and commissioned by Alison Chambers, the owner of the The 705 building (located at 705 North Las Vegas Boulevard). The installation spans over 2,000 square feet, encompassing all three sides of the building, making it viewable from all angles. What makes this art installation unique is that it comprises of several Blue Angels in various repose: angels with jet rockets or Blue Angel meets Botticelli’s Birth of Venus. 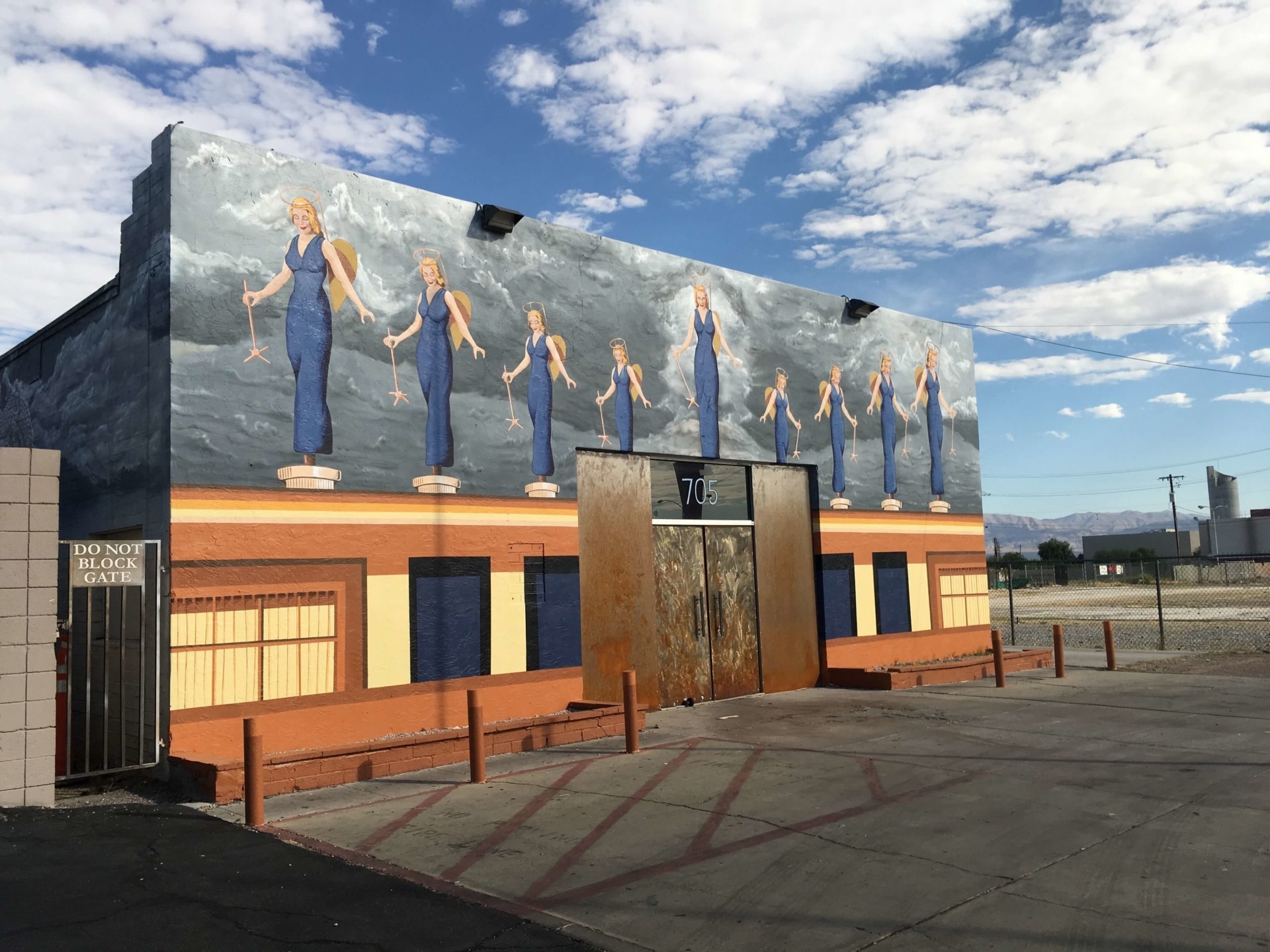 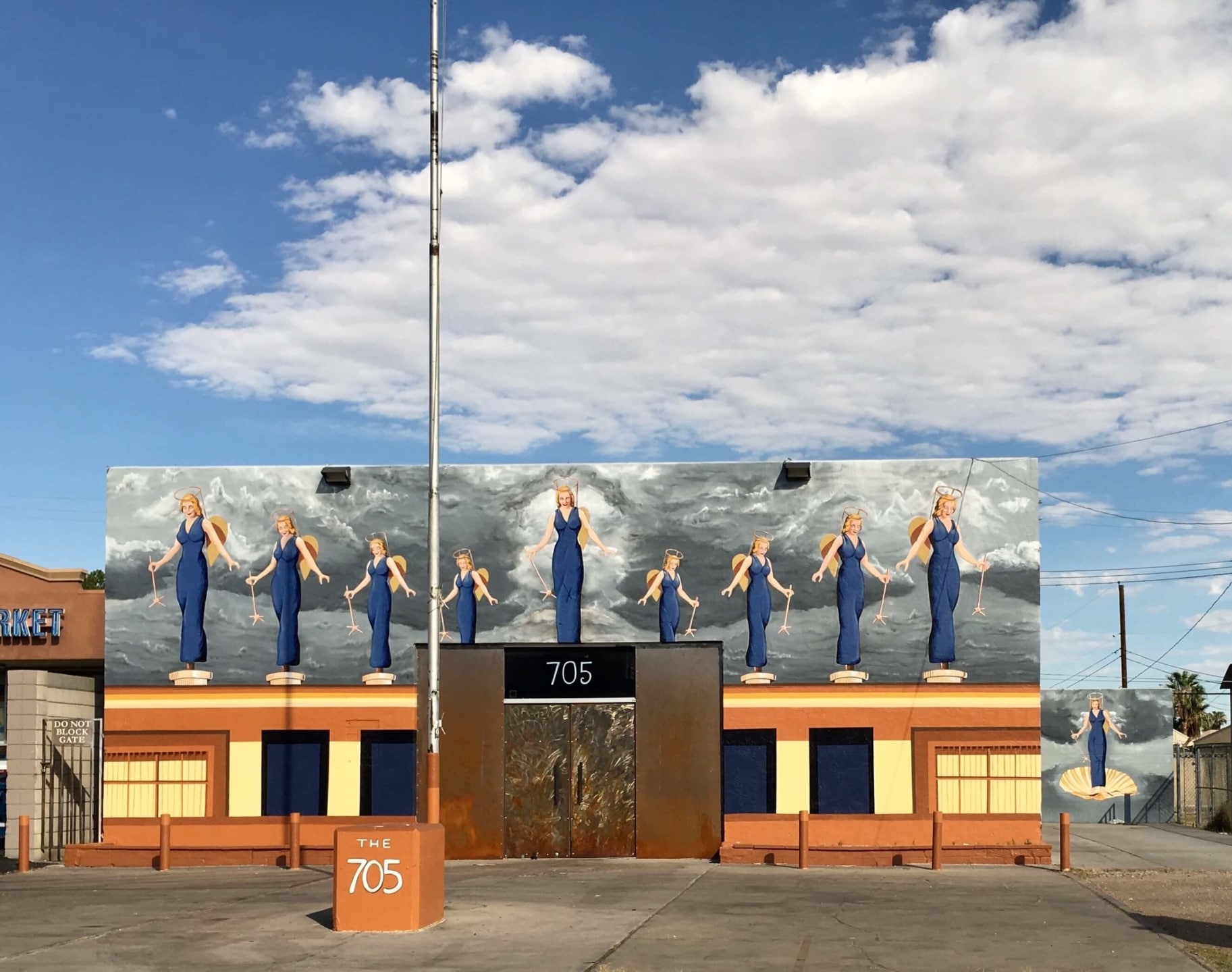 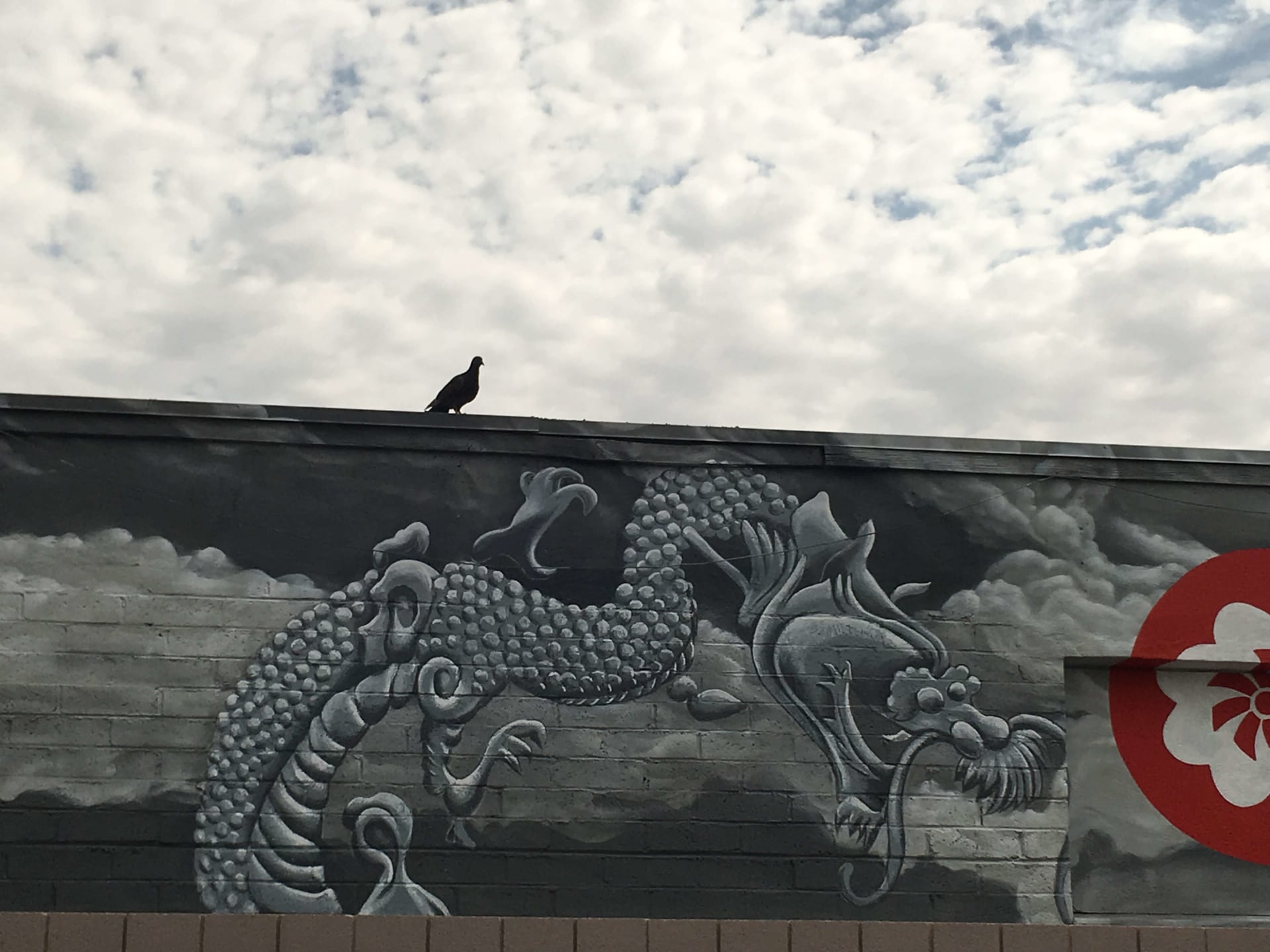 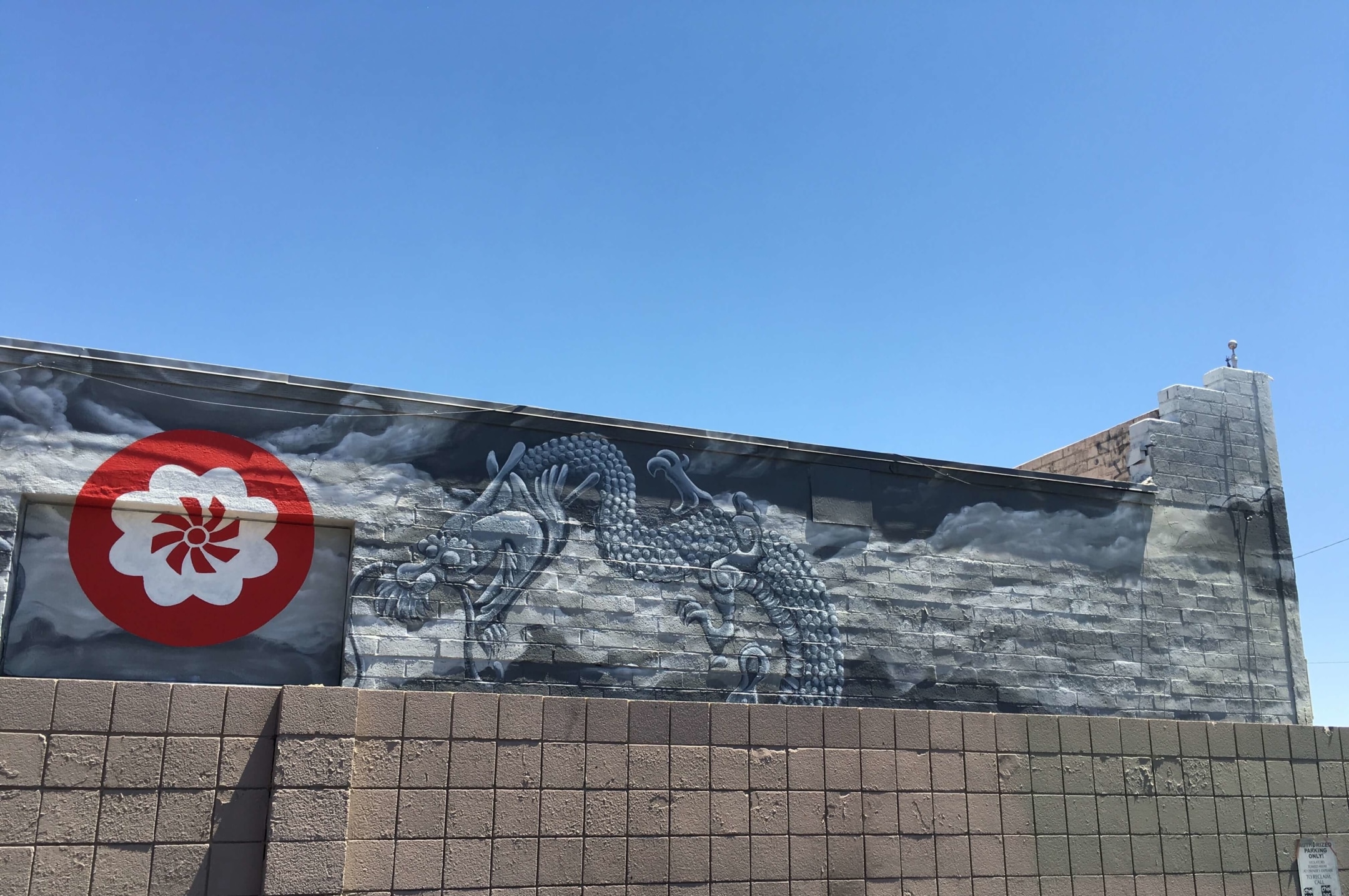 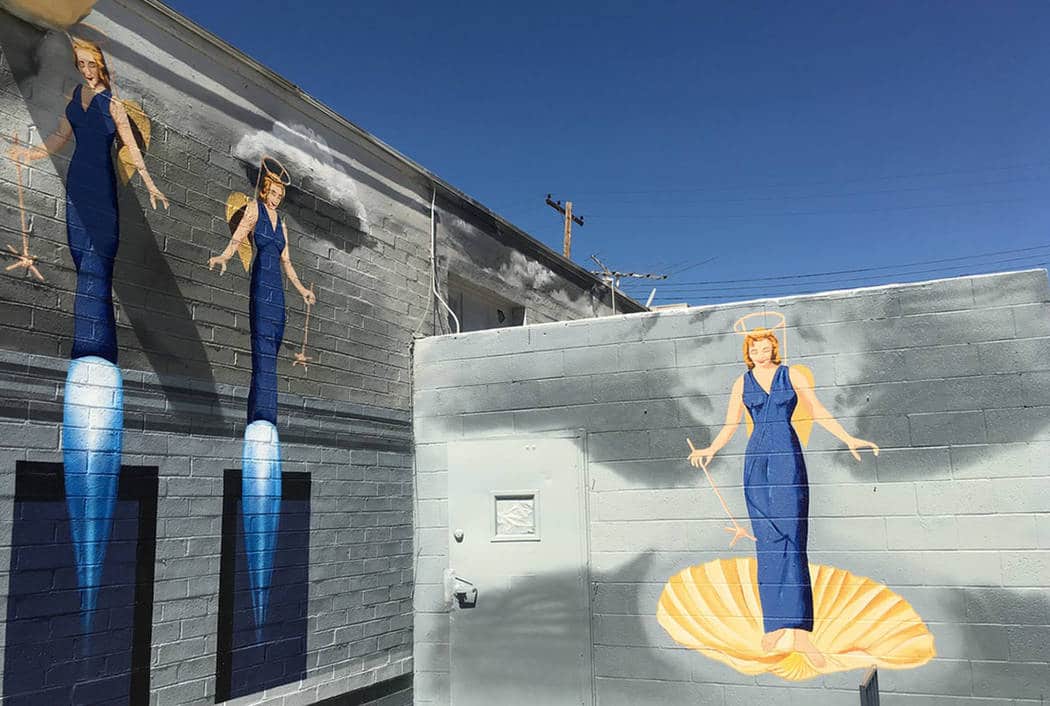 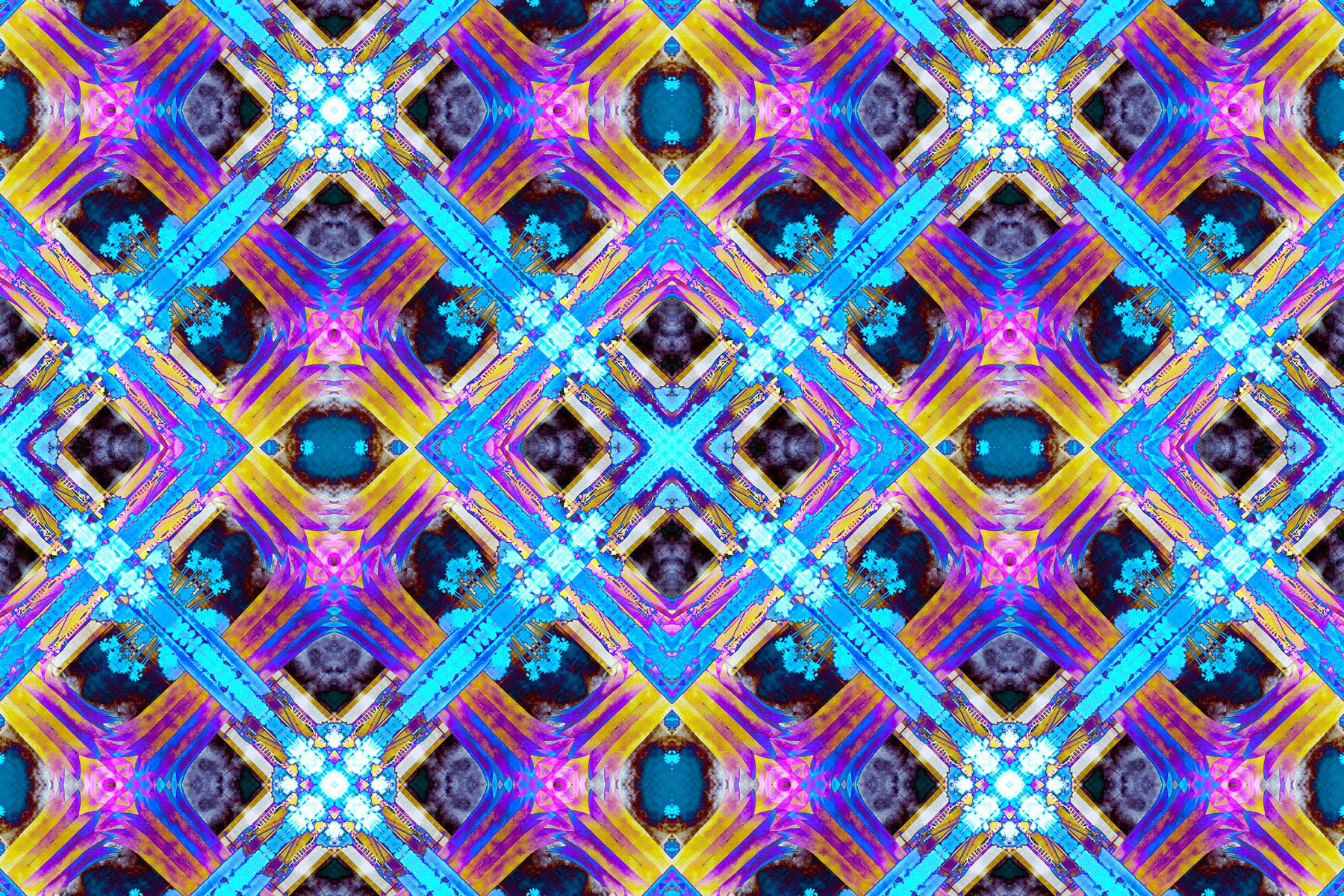 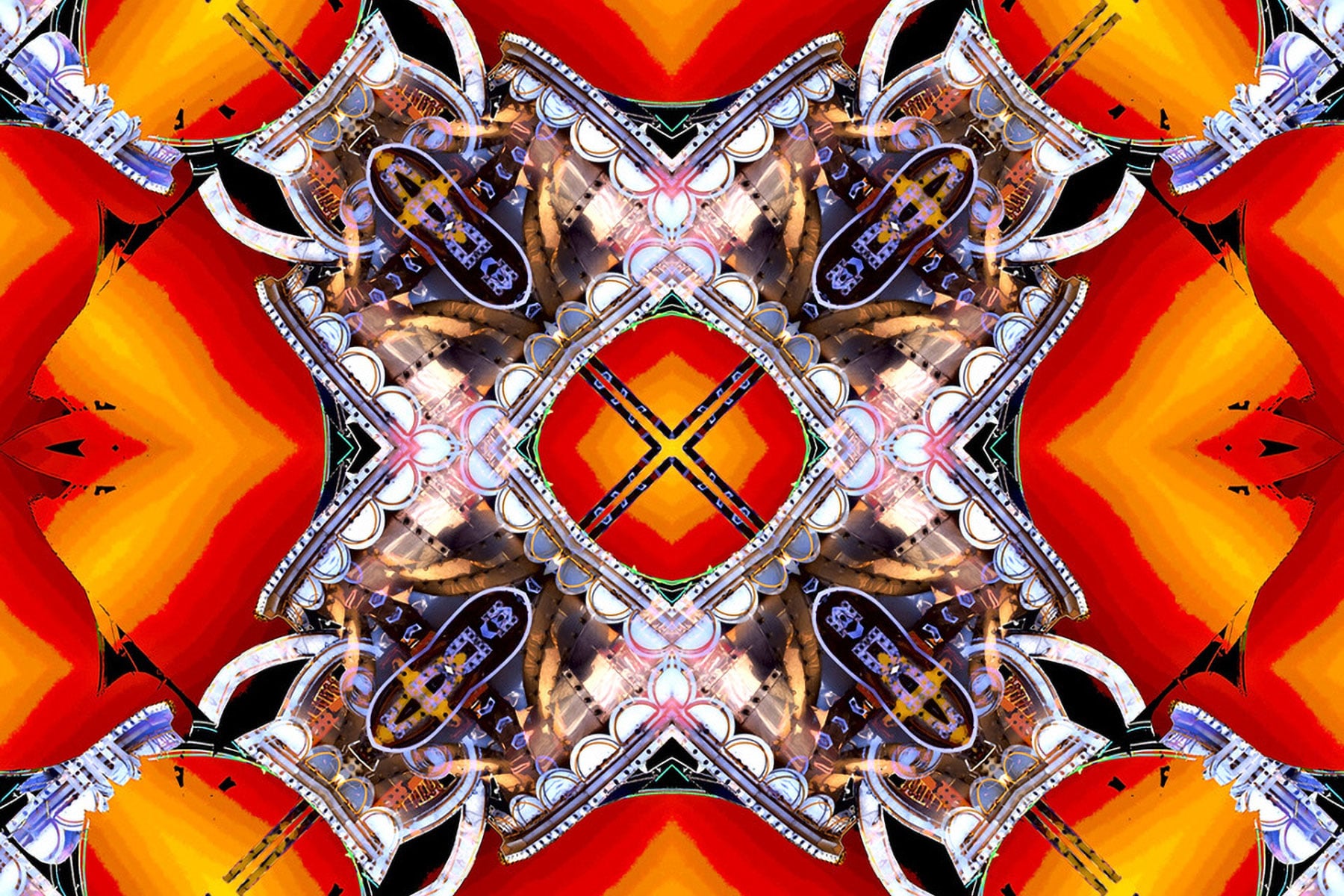 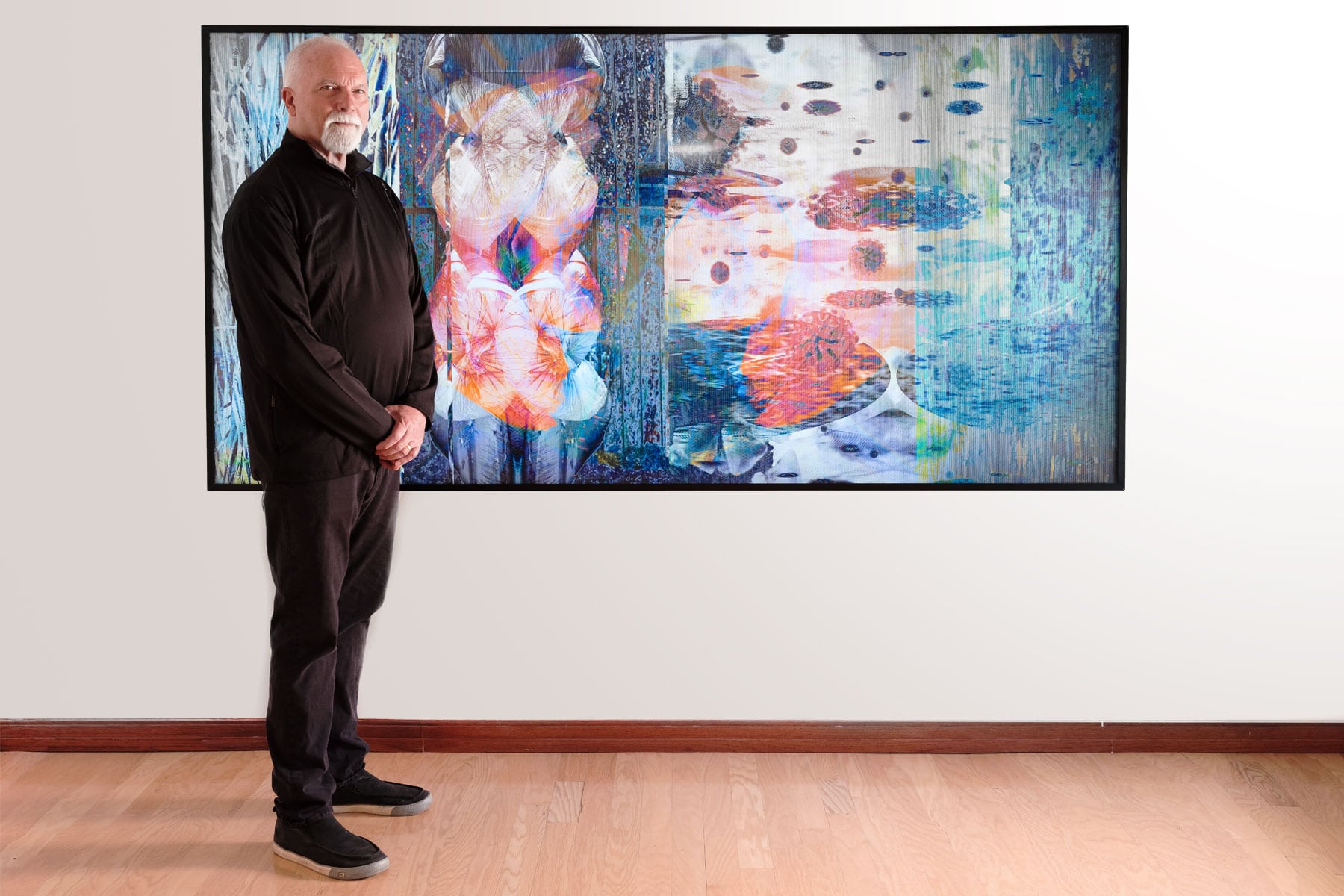 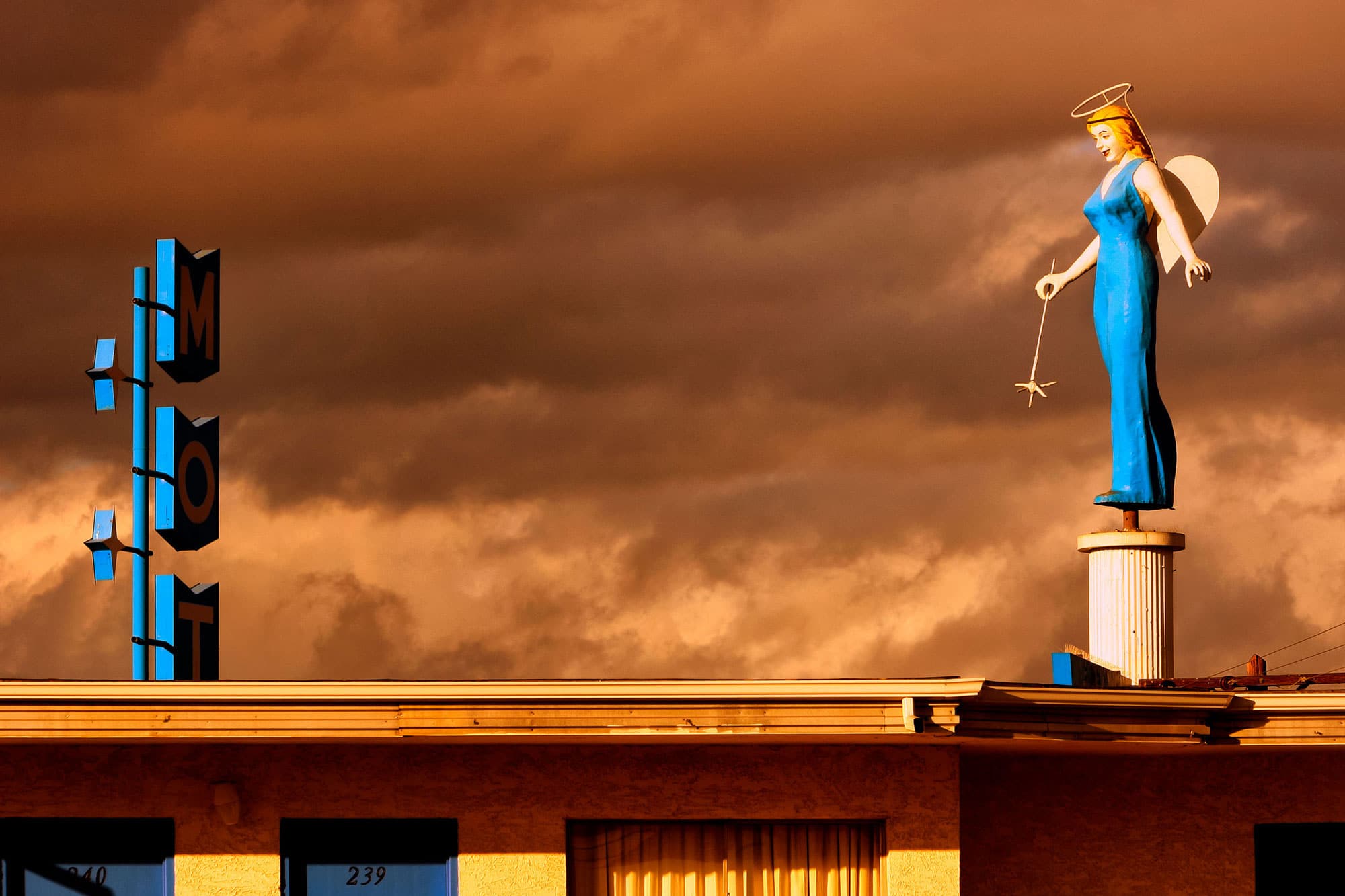 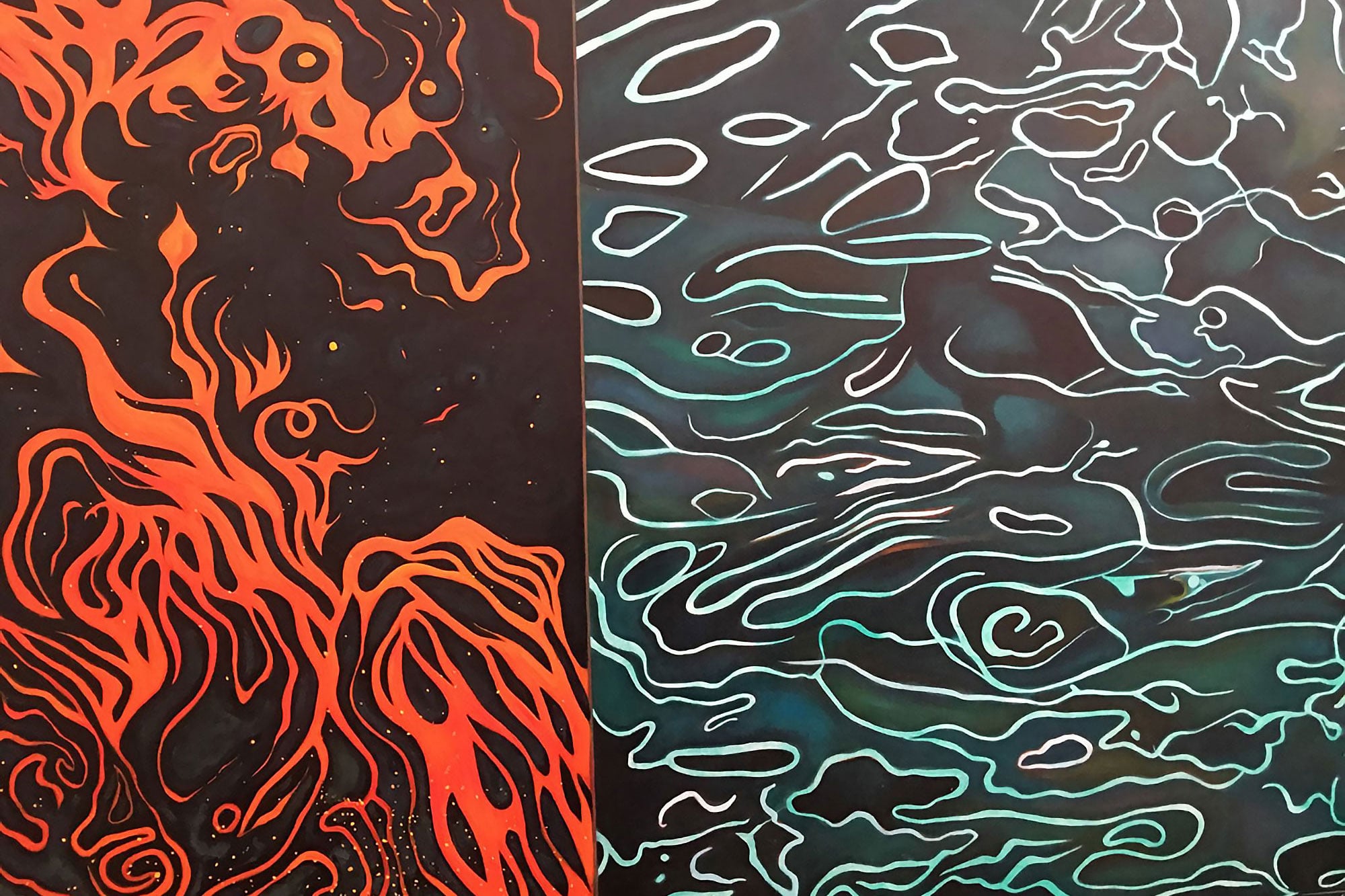