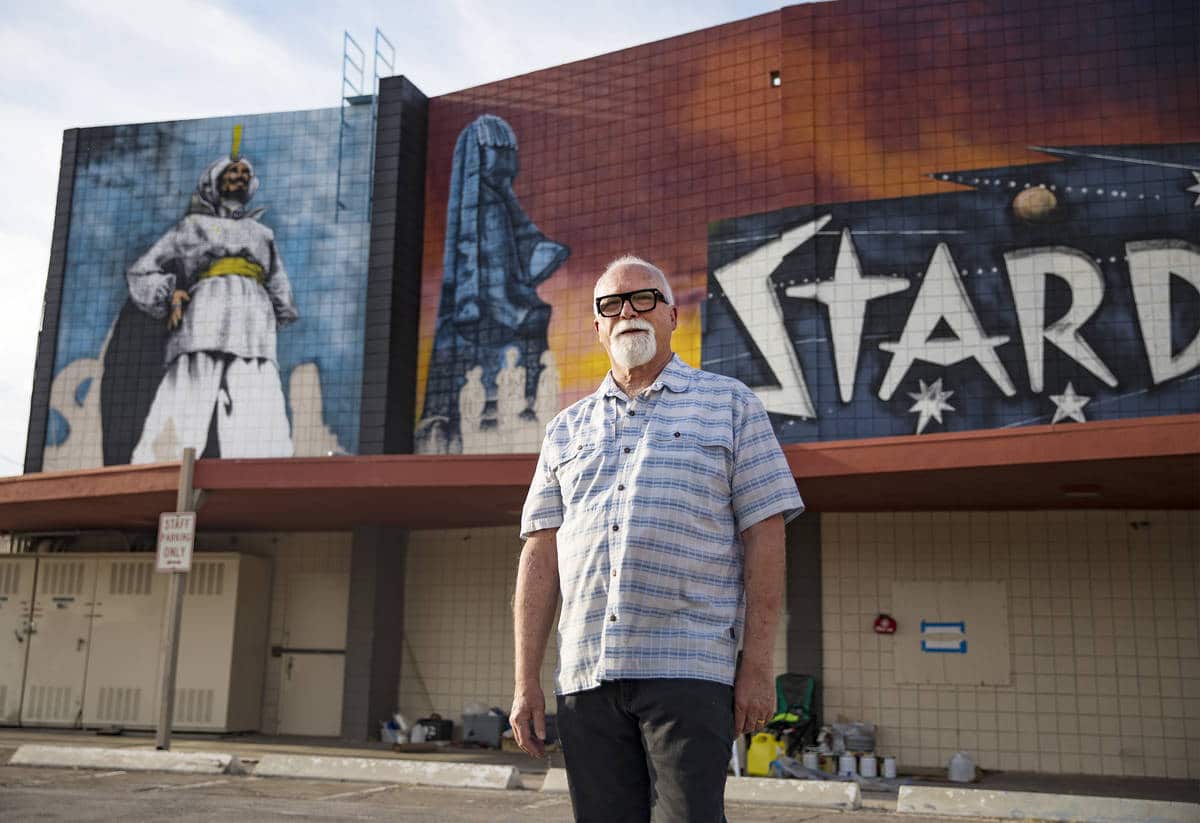 He had collaborated with the Cultural Corridor Coalition, raised capital, designed for three external walls, and had crews go out to clean up the area and paint the building white.

When a crew member asked around at a neighboring building if he could use their power, he was told that the Ukulele Lounge owner was demolishing the building in just 10 days.