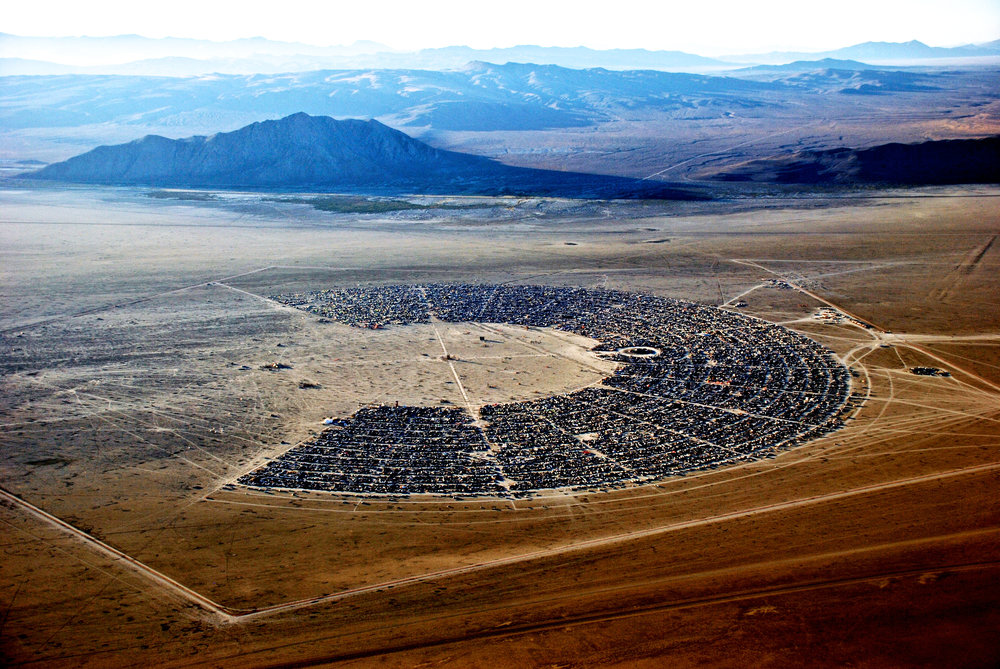 Burning Man From Above: “Compass of the Ephemeral: Aerial Photography of Black Rock City” | Juxtapoz Magazine

Burning Man is kind of like skiing. For those who are drawn to each annual pilgrimage, it is worth the vital preparation, inevitable sting and mercuriality of weather, the physical toll and exhilaration. Some of us will never understand, but were all very curious. Compass of the Ephemeral: Aerial Photography of Black Rock City Through the Lens of Will Roger is a stunning historical travelogue in words and pictures that defines and depicts Black Rock City, as it was conceived, as well as how it continues to regenerate. While the gorgeous pictures present themselves admirably, the accompanying essays, all written with passion and precision, relate history, process, schematics and vision.

In his foreword, Will Roger describes navigating the bureaucratic loops to build “the beautiful serpentine city” in order to create what he simply calls “land art.” William Fox, Director of the Center for Art + Environment at the Nevada Museum of Art, lends context in describing the 400 square miles of North Americas largest playa where meager blue light shifts can result in cognitive dissonance (like snow blindness!), a diminishment that “is useful if youre seeking to un-anchor your normal sense of reality.” Tony Perez-Banuet says of the clock signage and building the city anew every year that the design was “such a damn good one that is simply prevailed.” In conclusion, Roger, a co-founder of Burning Man, recalls the aerial filming that began in 2005, crediting his pilots who helped him show an expansive perspective that truly captures the enduring power of the desert.