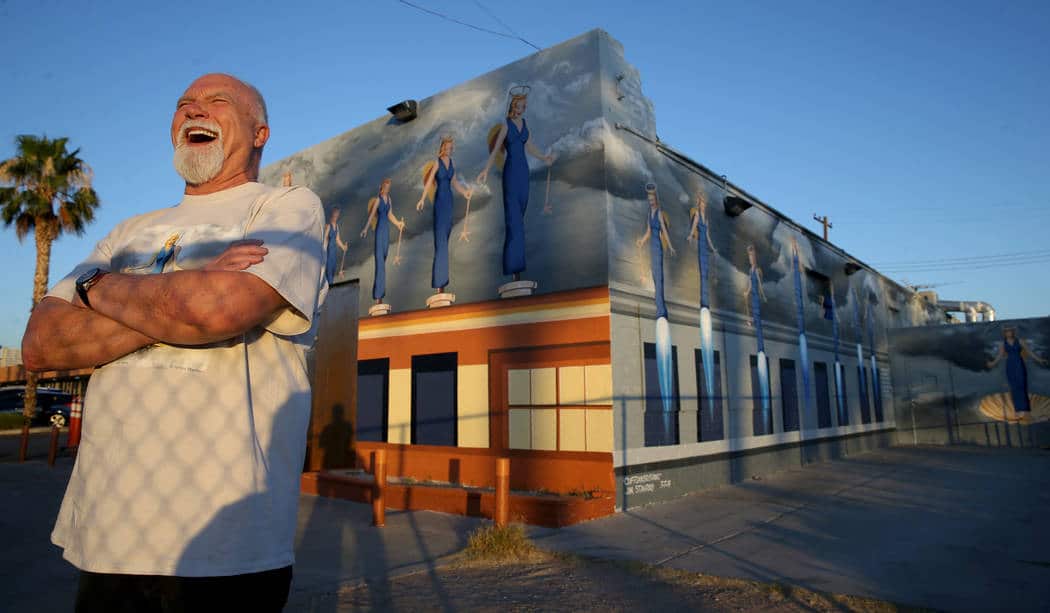 In the 1960s, Las Vegas seemed like the brightest place on Earth.

Las Vegas native and artist James Stanford remembers convening at the five-points intersection east of downtown before hopping in a friend’s car, blasting the Rolling Stones and cruising down Fremont Street.

“It was like the all-American dream but with neon and rock ‘n’ roll,” Stanford says. “And the Blue Angel watching over us.”

The Blue Angel has since descended from her perch at the Blue Angel Motel, one of the former landmarks near that intersection. Now, Stanford is commemorating her in a mural, “A Phalanx of Angels Ascending.”