During Asian Art in London, American artist James Stanford has exhibited his stunning body of work, Shimmering Zen in London as part of AAL 2017’s official programming. The hugely successful show has now closed, but work can be seen upon request.

Asian Art in London is a globally recognized event that promotes London as a center of expertise for the finest contemporary and antique Asian art. For the past 20 years, AAL has attracted top Asian art dealers, prime auction houses, and leading museums and institutions to its series of selling exhibitions, auctions, symposia and lectures.

Stanford will exhibit Shimmering Zen in the United States and Europe  in 2018.

The launch of James Stanford’s book, Shimmering Zen, was held at The London Library in London in November 2017 as part of Asian Art in London 2017.

Shimmering Zen includes essays by the artist, the curator Elizabeth Herridge and a foreword by Jeff Rose, Vice President, The Higher Learning Commission, Evanston, Illinois. The launch of the book is supported by an exhibition of Stanford’s visually stunning and intricately constructed modern mandala series, entitled Indra’s Jewels.

The books is 264 pages, hardback, limited edition, published by Ianthe Press-London, and distributed through Smallworks Press. 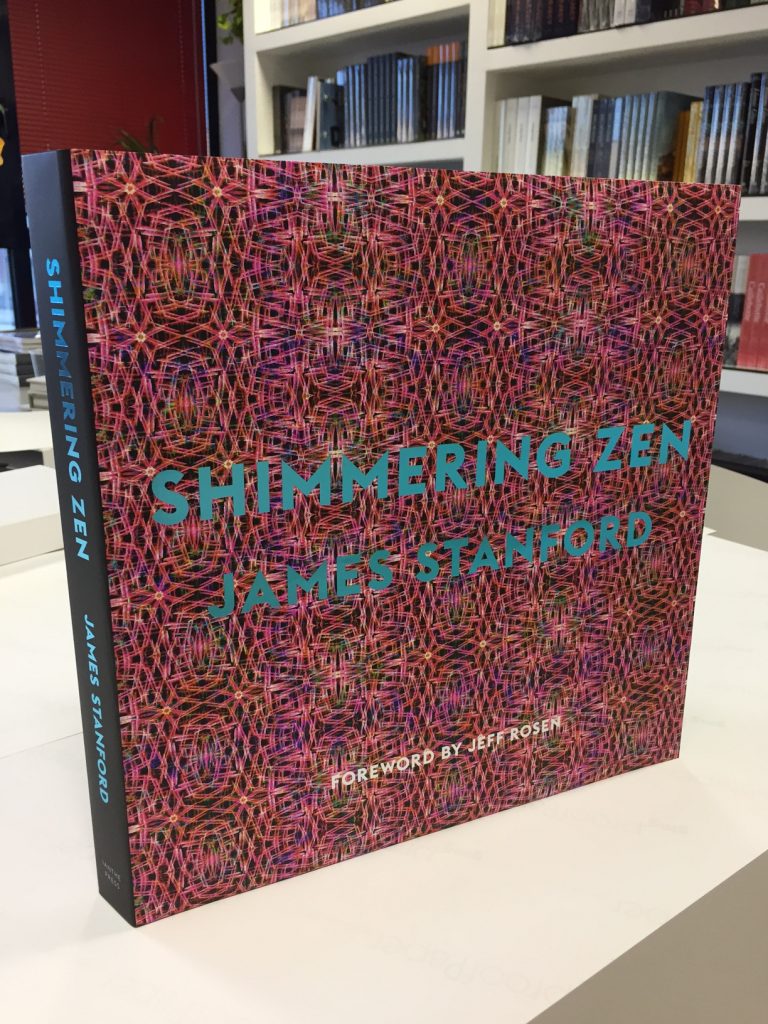